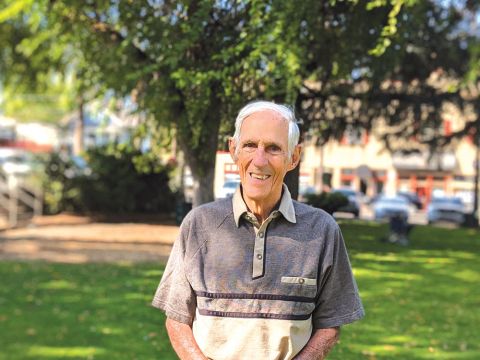 Jim Streng has lived in Fair Oaks for almost 60 years, and he is honored to have a park named for him. Jim Streng Park is under construction and will open next spring. 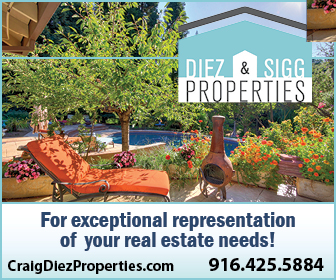 FAIR OAKS, CA (MPG) - The new park-in-progress on Swallow Way has an official name. The Fair Oaks Recreation and Park District (FORPD) Board of Directors recently approved the name Jim Streng Park after it was suggested by a community member in an online nomination process, along with about two dozen other potential names.

When Ralph Carhart, chair of the FORPD Board, heard the name, he said, “That’s perfect. That’s exactly who needs to be recognized.”

Jim Streng and his brother Bill started Streng Brothers Homes in 1958. Working with architect Carter Sparks, they constructed thousands of mid-century modern homes in the Sacramento region. Streng’s successful career is evidenced by the many “Streng” homes in the region, characterized by their open floor plans, low-pitched roofs, and bountiful natural lighting.

Streng also served on the Sacramento County Board of Supervisors from 1986 until 1992, dedicating his time to improving the community and working on many bipartisan issues—earning the respect and admiration of his colleagues and community members.

Fair Oaks resident Roger Niello, who served on the Sacramento County Board of Supervisors and as a California State Assemblyman, wrote a letter in support of the action: “This would be a very fitting gesture to an accomplished and modest man. He does not seek recognition, but I would very much like to see him so recognized. His surprise and gratitude alone would be worth the naming action.”

Surprise and gratitude very aptly describe Streng’s reaction. “It’s a real honor to have a park with my name. I’m very pleased. … I have no idea why they did, but I’m pleased they did,” said Streng. Always modest about his own accomplishments, he was visibly moved to discover what an impact he’s had on those in the community.

Now 90 years old, he has lived in Fair Oaks for almost 60 years. He and his wife Mary Jo raised their family here. “It’s a pleasant place to live. … We’ve enjoyed spending our lives here.” He said they live near enough to the new Jim Streng Park that they could “practically walk to it.”

Knowing Jim Streng personally since the 1980s, Carhart affirmed, “Nobody is more deserving of this recognition.”

Jim Streng Park is currently under construction and is on schedule for completion in Spring 2021.